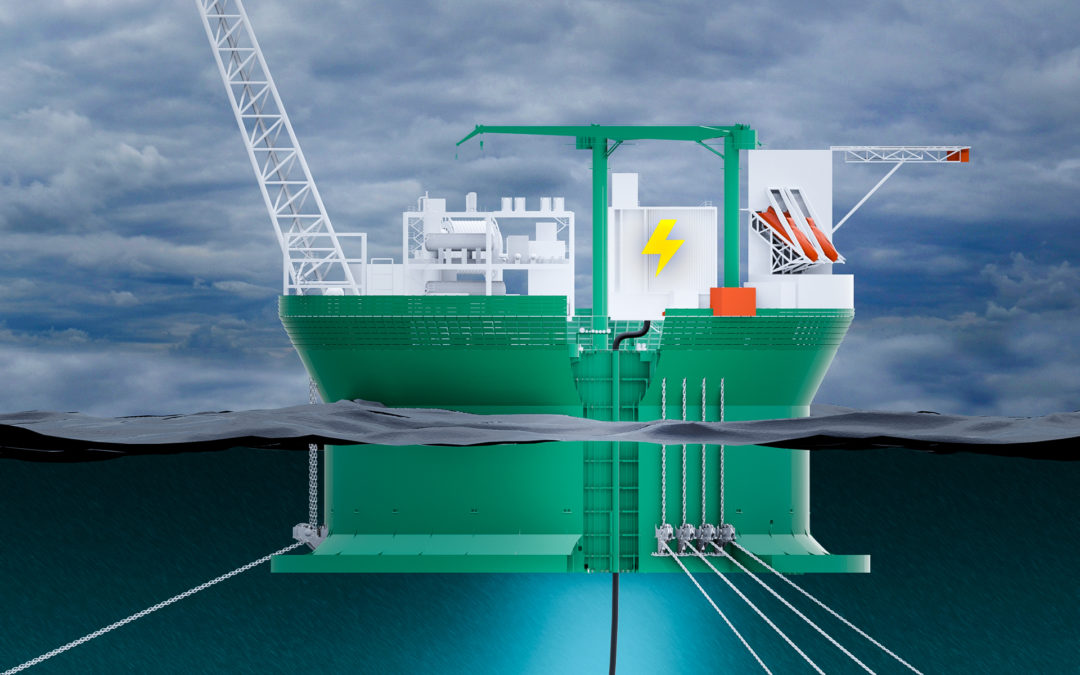 The upstream offshore industry is challenged on carbon footprints. The heat and power demand required for offshore installations have been covered by gas turbine generators. This is now seen more frequently being replaced by imported electricity onto offshore installations. However, for weather-vaning, floating installations, tying into a power cable, adds complexity to already costly and critical swivels. The geostationary Sevan floater eliminates the need for a swivel, and this makes the Sevan FPSO more attractive for harsh environment with power cable from shore.  The power cable is pulled directly onto the FPSO. No power swivel is required, and there is plenty of room for provisional future tie-ins. This feature of the Sevan floater has been used for the Goliat FPSO of Vår Energi, the world’s northernmost FPSO operating in the harsh conditions in the Barents Sea. The Goliat FPSO has been operating with a 105 km long HVAC cable providing up to 75 MW since 2016. The solution is proven and available. Should an AC/DC converter station be required, it will nicely replace the similar gas turbine generator system, but leave behind the challenges of noise, exhaust and CO2 emission experienced from gas turbines. It even opens opportunities to re-think the traditional constraints for a topside layout. Furthermore, the stable motion characteristics of a Sevan floater supports well the requirement for the converter station. The possibility to tie in external power sources opens the opportunity for a greener power supply to the FPSOs employed in the world’s roughest oceans.